Throwback! Looking Back on the Last 33 Years 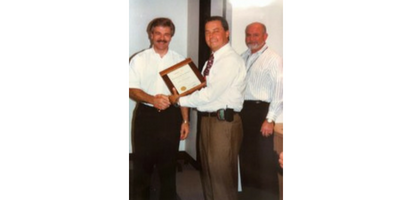 DP Air Corporation was founded in 1985, and the first location was opened on July 9, 1987, in Los Angeles, California. Our current largest branch, Phoenix, followed in April of 1988. The San Francisco branch was opened in May of 1991, while our work in Arizona expanded to include a Tucson branch in May of 1992. The Las Vegas branch opened in September of 1995, and the most recent expansion was the corporate office split from Phoenix in October of 2000. The DP Air logos have gone through a few changes over the years, here are our first logo changes up to and including our current logo!

We spoke with COO Jennifer Harler, who has been with the company for 18 years, and CEO Arnie Evdokimo to ask a few questions about the progression in HVAC since DP Air Corporation began.

What has changed the most in HVAC since the company started in 1985?

Is there anything that’s still the same from when the company was started?

Do you think there will be more expansions to the company in the future?

What was the HVAC industry like in 1985 versus now?

How do you think the HVAC industry will progress in another 30 years?

DP Air Corporation has come a long way in the last 33 years, especially in HVAC but also in designing effective and top-of-the-line data centers for customers around the world. We’re excited to see where the next 30 years will take us!