DP Air has been working hard on a Generator Enclosure Project since November 22, 2019.  The building is a three (3) story 144,000 square foot building with a Data Center in the basement.  With the help of Kevin Wight, the project manager in charge, and the rest of our team, the project has been a success and is coming along as it should.

Converting exiting SES to Distribution Board

Weeks of trenching for new enclosure footing and underground electrical. 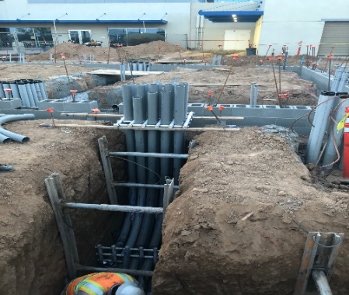 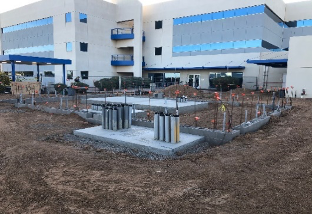 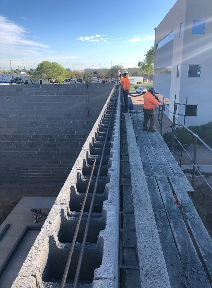 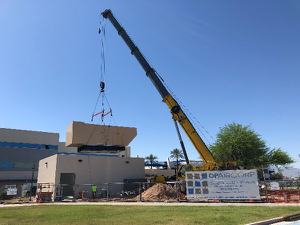 Pulling hundreds of feet of wire for connections between the Building, Generator, Service Entrance and Automatic Transfer Switch. 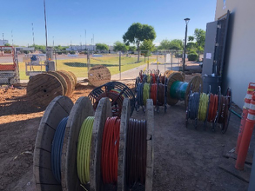 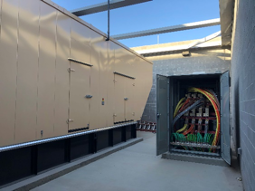 The cut over to new Utility Service required many hours of planning. Originally a rental generator was to be used but the new building generator became available 6 weeks early. So the cutover plan was moved out a few weeks to prepare the new Generator. After testing, load banking, inspections and approvals from all authorities, we began installation of hundreds of feet of temporary power cables.

On Saturday evening May 16, 2020 all teams were in place. The Data Center and Building Lighting loads were transferred to the existing Generators then Utility Power to the building was disconnected at 6:00pm. The DP Air Electrical Team worked with precision to remove the existing utility feeders and connect the temporary feeders from the new Generator. By 2:00am May 17, the power was restored to the building from the new Cat Generator and the existing generators were restored to standby.

During the next Four days, DP Electric provided 24/7 coverage with rounds every 15 minutes to check the critical building systems and operation of the new generator. Fuel was delivered every 12 hours. The Salt River Project Team, Beecroft Underground and DP Air Electric worked together to splice the underground conduits, install new Utility Transformer, pull new primary and secondary feeders and pull wire from the new ATS to the building Distribution Board.

On Thursday evening May 21, 2020 again all teams were in place. The Data Center and Building Lighting loads were transferred to the existing Generators then the new generator power to the building was disconnected at 6:00pm.

The DP Air Electric team now had to disconnect all the temporary cables and connect the new permanent wires from the ATS to the Generator and from the ATS to the Distribution Board. Once again all went flawless and by 1:00am May 22, the building was operating on the new Utility Service and the existing generators were back in standby.

Then one final test was directed by Arnie Evdokimo. At his command the 3000 amp Main Breaker was opened. All power went off, the UPS Systems carried the Data Center load, the new Cat Generator started, the Transfer Switch transferred the load to the Generator and in less than 13 seconds, everything was normal.

After several minutes the 3000 amp breaker was closed, all systems seamlessly returned to normal, the Building was back on the new SRP Utility Power source.

It was a Good Night! 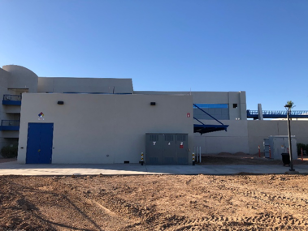