When it comes to critical infrastructure, critical cooling and critical power go hand in hand. For example, one of our customers sites  houses a data center that supports several hospitals nationwide. Recently, they  had a cooling tower failure during the warmest months in Phoenix. Although they have redundancy with air cooled chillers, those are the absolute last resort.  In order to perform the repair we needed to keep the water-cooled chiller plant on line while we waited for parts to be special ordered.   We were able to keep (2) 350 ton water cooled chillers on line for two weeks while being cooled by (1) 500 ton cooling tower. 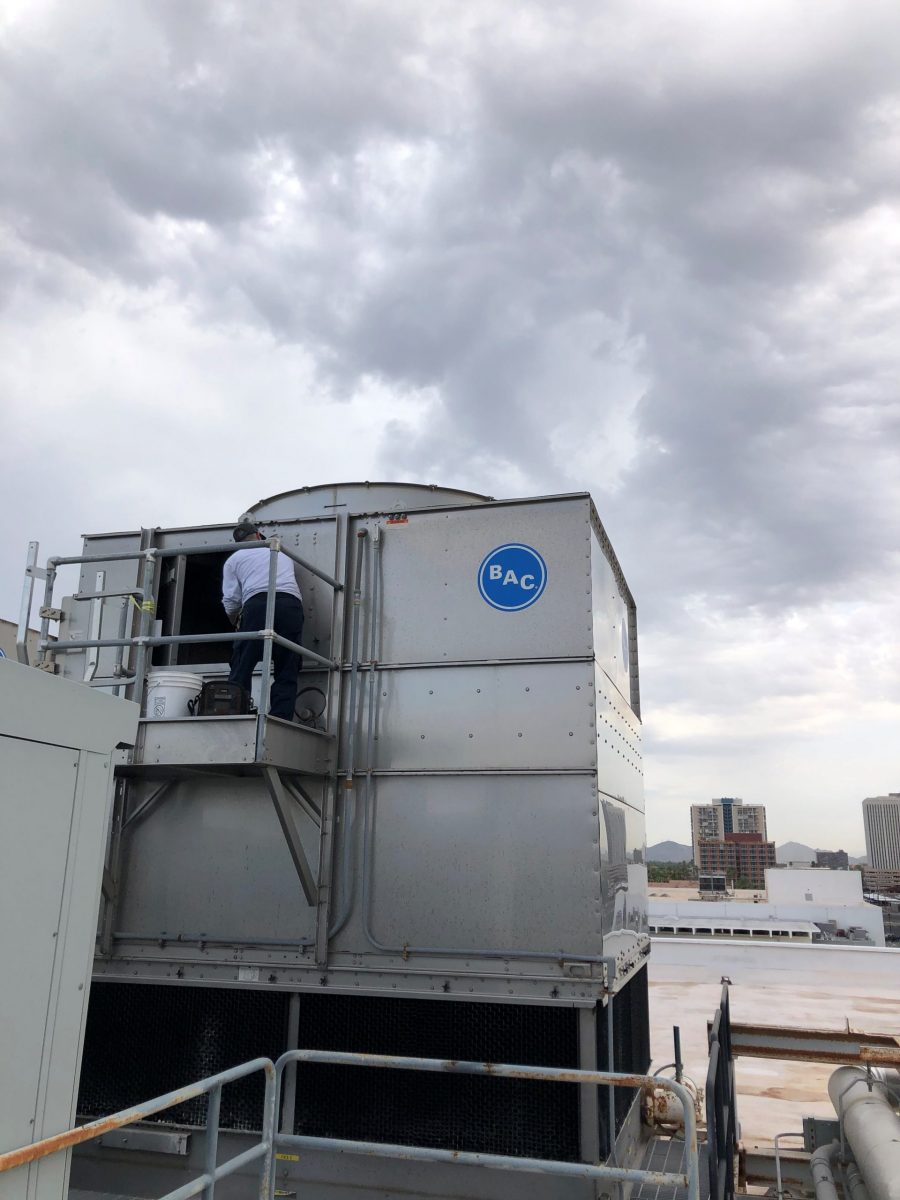 Our customer’s data center and building space total (400) tons so we knew this would be a challenge.  The first day the tower failed it was 113 degrees outside.  It  was difficult to keep the chillers online as the cooling tower had extremely hot water and the chillers were at risk of shutting down.  After much discussion, we turned the chilled water set point up from 45 degree chilled water to 48 degree chilled water and that made all the difference. We were able to maintain temperatures in the data center, all critical power rooms, UPS systems and the building office space until the parts arrived 2 weeks later. 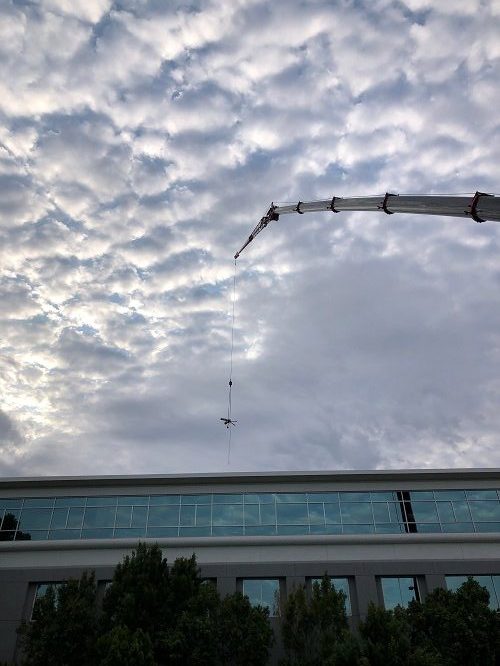 We pre-assembled the new fan blade assembly, shaft, bearings and pulleys at our facility once the parts arrived via overnight air freight from the east coast.  We then used a large crane to lift the new assembly to the roof in order to save time and get the cooling tower operational.

We take great pride in serving our customers and we understand how critical their infrastructure is to their success.  When situations arise like these, the staff at DP Air always work relentlessly to solve and correct any problems that arise.