Someone once said that it should be required by law that high fives must be redone if the first one was not good enough! Okay, so maybe it isn’t strictly true that this should be a legal issue, but it is definitely a moral one!

The “High Five” is a sacred tradition used to celebrate remarkable events in people’s day-to-day lives for many years.

Get the garbage into the can on the first throw? High Five! Just get that promotion you’ve been gunning for? High Five! Did you propose? Did she say yes? HIGH FIVE! Did you get an excellent grade on a paper? HIGH FIVE.

Seriously, high fives can celebrate just about anything! That’s why National High Five Day exists, just one more reason to use that universal gesture of excellence, the high five.

Fact about High Fives and History behind the Day

The high five originated from the low five – originating sometime during the 1970’s.

The tradition of High Five began somewhat accidentally during the 1977 baseball game! As Los Angeles Dodgers Dusty Baker hit the home run, he greeted his teammate Glenn Burke with a raised hand over their heads, resulting in the first-ever High Five!

This victory-five was then witnessed in the 1978-79 basketball season at Louisville Cardinal’s basketball court. The players no longer used their regular low-fives.

The Positive Effects of the High Five

A small study recently published in “Applied Psychophysiology and Biofeedback” tested the physiological and psychological effects of high fives on athletes. High Fives led to a feeling of higher motivation, strength, and cortisol levels. High Fives pump us up and give us energy! Offering a high five increases well-being and increases academic and career achievement.

National High Five day is not just about celebrating a victory, but it also has many other implications. It celebrates humanity as a person recognizes another person as of equal value. It is a gesture of interaction with other humans that celebrate our togetherness. It celebrates success, trust, and confidence in each other. National High Five day celebrates teamwork and cares for one another. It is quite surprising that a high five could hold so many deep meanings and symbolisms. So never estimate the power of a high five! 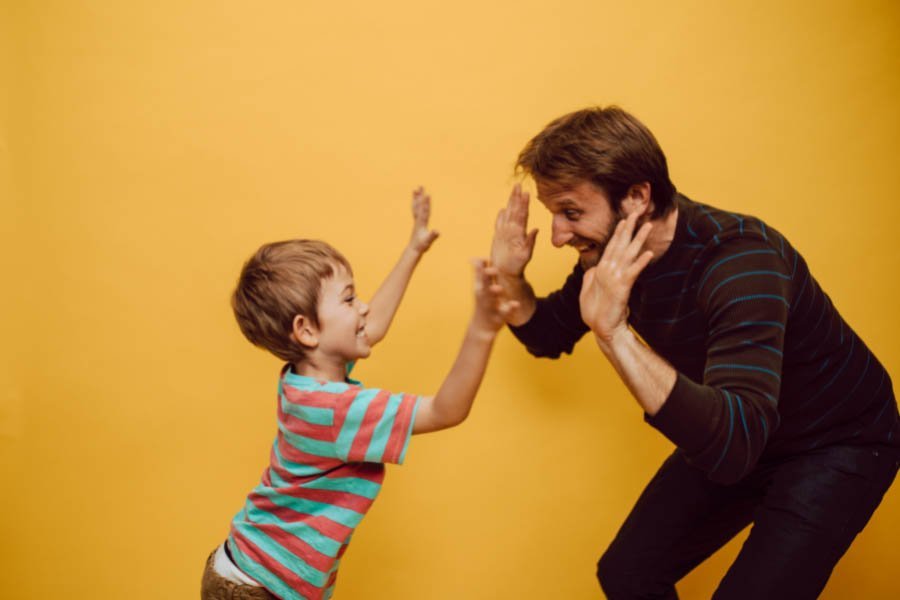 What’s the best way to celebrate this day? Well, it’s super simple. Spend the day appreciating and encouraging (and also, perhaps, slightly annoying) coworkers, friends, and family members with high fives for any and every reason. You deserve a High Five just for reading this blog post, so give yourself a High Five!

Let’s all celebrate National High Five Day on April 21st, and whatever you do, don’t leave me hanging!!!

We wish you a Happy National High Five day!